FREE
DELIVERY
On orders over 35€ 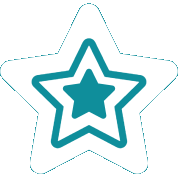 Please note the Roger Pen iN is now end of line. It has been replaced by the Phonak Roger On iN

The Roger Pen iN connects wirelessly to your Phonak Marvel /Phonak Paradise hearing aids to give you the best speech understanding possible. It can make a real difference in challenging listening situations, such as in loud noise, over distance of up to 20 meters, and where there are several speakers.

There are many ways to use it:

Conference style - Place Roger Pen iN in the middle of a table to listen to a group of people. The Pen will automatically detect that it is lying down and will set the microphones to an omnidirectional setting

Interview style - Hold Roger Pen iN in your hand and point it towards the person you want to hear. The Pen’s microphones will zoom in on the person speaking.

Around the neck - Use the lanyard (neckloop) to hang Roger Pen iN around the neck of the speaker you want to hear. The Pen will detect that it is being used vertically and will go into directional microphone mode.

The Roger Pen iN docking station is used to both recharge the Pen and transmit audio from a TV or other audio device (such as your TV, tablet or HiFi) to the Roger Pen (and then into your Marvel/Paradise hearing aids). Alternatively, you can use the short micro-USB audio cable to connect your multimedia device directly to your Roger Pen.

What's in the box:

Some of our customers' experiences

Want to chat with someone?

LAUNCH LIVE CHAT
We typically respond in a few minutes
Liquid error: Argument error in tag 'include' - Illegal template name
Access Denied
IMPORTANT! If you’re a store owner, please make sure you have Customer accounts enabled in your Store Admin, as you have customer based locks set up with EasyLockdown app. Enable Customer Accounts Adjustable in-the-ear hearing aid
€279.00 per ear
find out more
Need some more help? Talk to one of our audiologists